There is macaroni salad, and then there is Hawaiian macaroni salad. And if you’ve never tried the latter, well, now is your chance. Modesto’s first Ono Hawaiian BBQ opened last weekend to much fanfare, long lines and plenty of macaroni salad. It’s the city’s only current restaurant to specialize in the island cuisine, particularly its popular barbecue plate lunches — which can be eaten anytime, not just for lunch. The new standalone site, on Plaza Parkway in front of the Walmart and Kohl’s stores, is part of a Los Angeles-based chain of restaurants specializing in Hawaiian barbecue. Modesto has had similar restaurants in the past from other companies, but they’ve since closed.

The closest current sites are another Ono Hawaiian BBQ in Turlock’s Monte Vista Crossings and an L&L Hawaiian Barbecue in Riverbank’s Crossroads shopping center. The new Ono, which means “delicious” in Hawaiian, offers a wide variety of plate lunches. Each plate lunch comes with your choice of proteins (various combinations of chicken, beef, pork, fish, shrimp and, yes, Spam) two scoops of rice and a scoop of that inexplicably delicious macaroni salad (but more on that later). Plates range in price from $8.89 to $12.99. 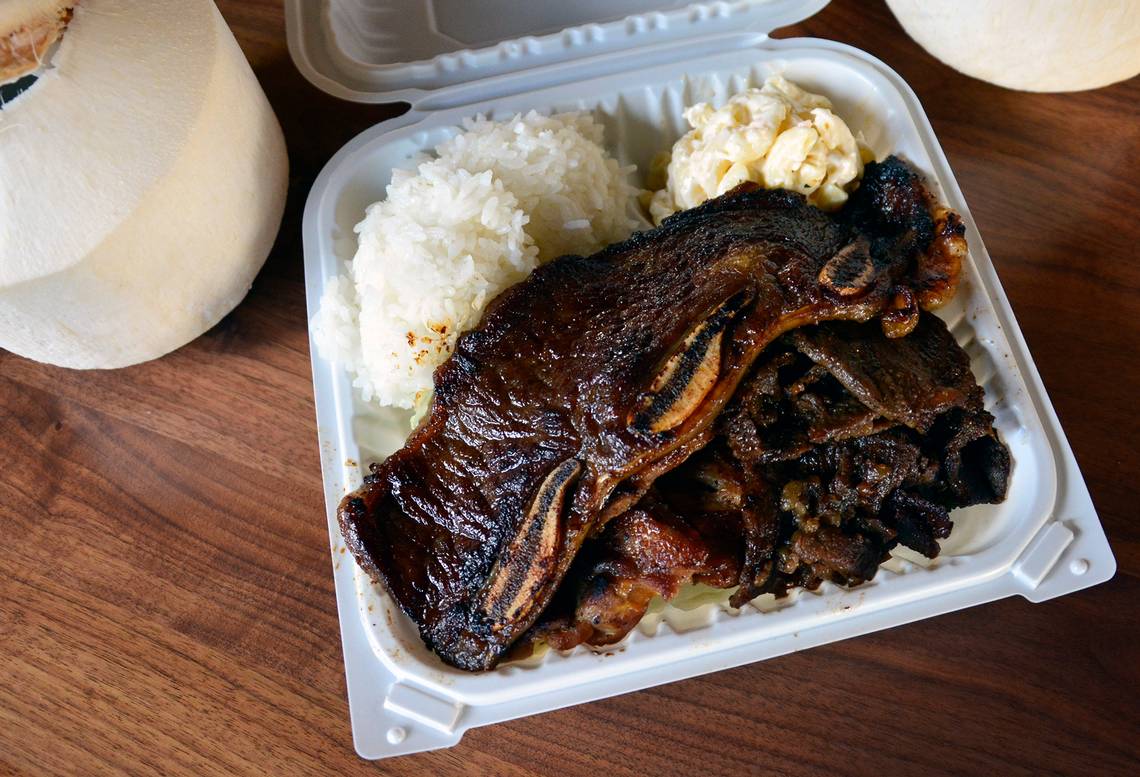 Chicken comes in barbecue (boneless and marinated), katsu (crispy breaded), “Island Fire” (spicy and grilled, with onions), teriyaki or simply grilled. Beef options include Korean-style short ribs or marinated BBQ-style. And you can also choose from slow-roasted pork, fried white fish, grilled mahi mahi or fried shrimp. Besides the plate lunches, the menu includes Spam sushi called musubis (a slice of grilled Spam on a block of rice with teriyaki sauce all wrapped in seaweed, which runs $4.99 for two pieces), crab rangoon ($3.29 for three and $5.59 for six pieces), and fresh-cut young coconut, which you drink right out of the shell ($3.99). 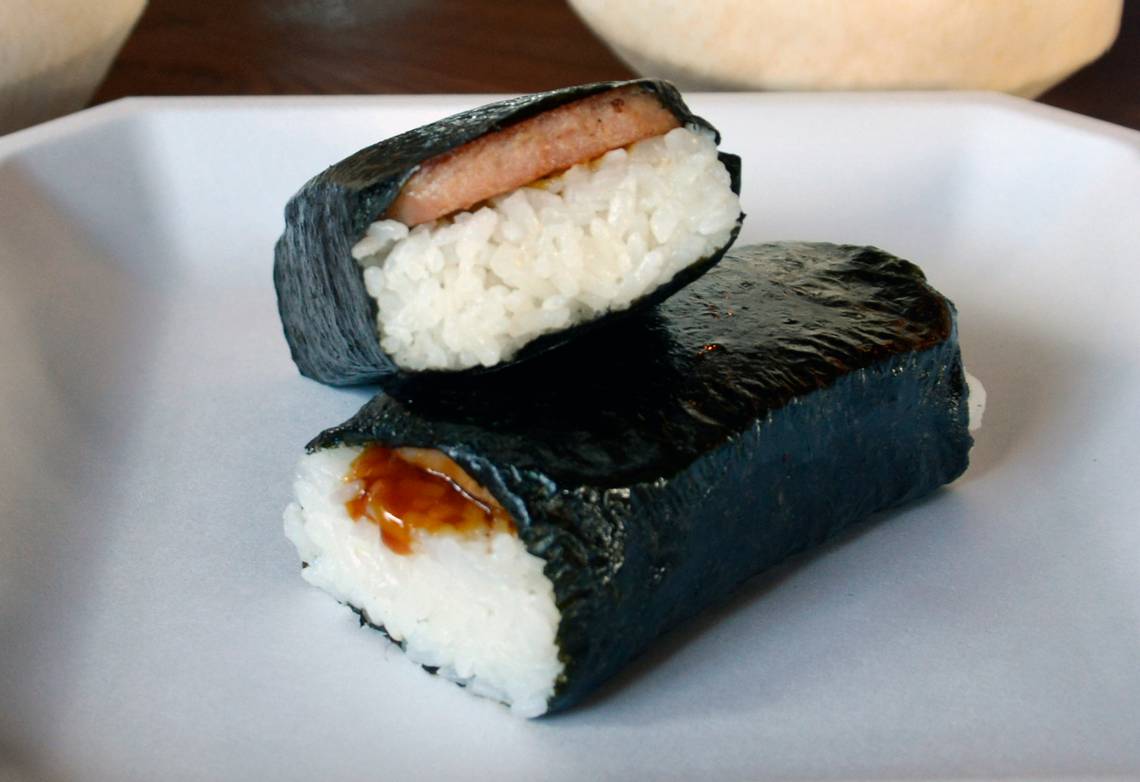 And, of course, there’s the ubiquitous macaroni salad. I’m not sure exactly what they do the the humble elbow macaroni mixture, but it’s a creamy and savory delight. I suggest ordering an extra scoop.

Christine Jan, director of marketing for Ono, said Modesto was chosen as part of the company’s expansion in the Central Valley. There are currently 89 locations in California and Arizona. “Modesto has been one of the most popular requests for us. People really wanted us to come to this area,” Jan said. The new Modesto site underwent extensive renovations. It was a Taco Bell before, and then the 2,200-square-foot building was under construction for about a year. The result is a contemporary-looking interior that seats about 80, with a much-coveted drive-through that will open Wednesday. 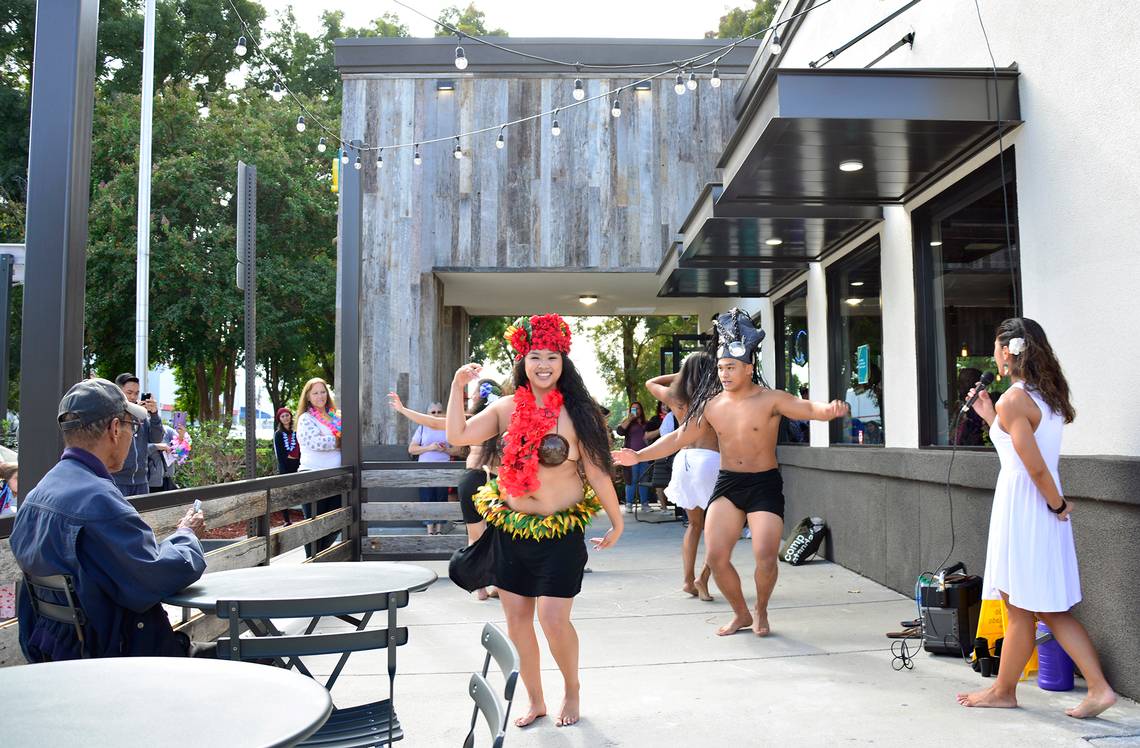 Lines were around the building on opening day, and visitors were greeted by Hawaiian dancers and plastic leis. The restaurant opens with 30 employees, and space for indoor or outdoor seating.