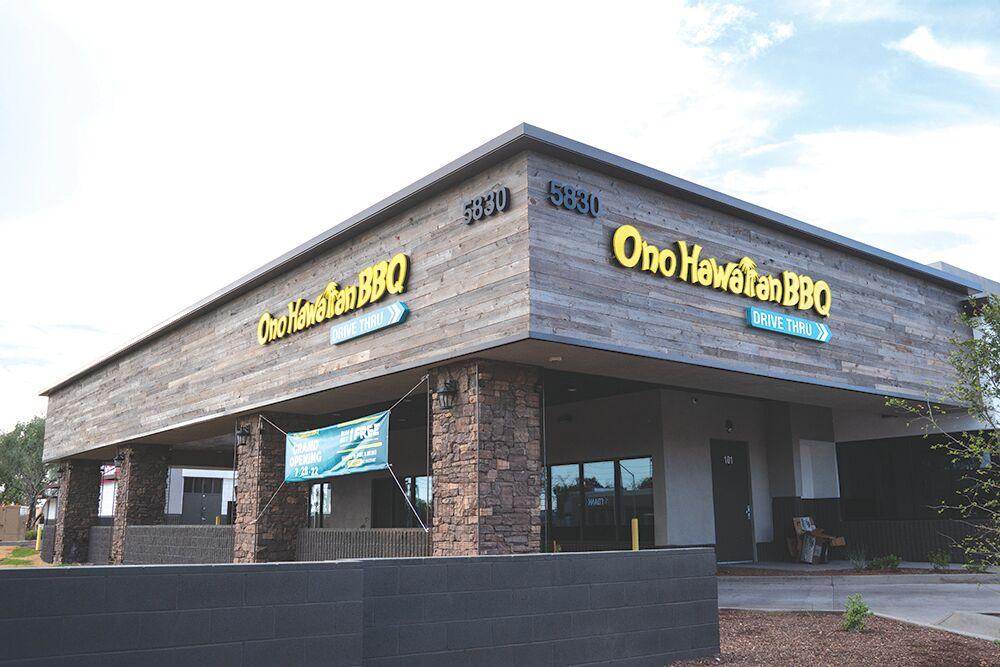 The new location opened on July 28, and a grand celebration was held to welcome the restaurant to the city.

“The food is great, and I think the menu offers a good variety of dishes. … There’s something for everyone.”

Chen said their large menu, which includes aloha plates and popular appetizers such as spam musubi and crab rangoons, sets them apart from other Hawaiian barbecues.

Ono Hawaiian Barbecue was founded in 2002 by two California brothers.

“The CEO and the president are two brothers from California, and they visited Hawaii and were so inspired by the recipes and food there that they wanted to bring the island vibes here to California and Arizona,” Chen said.

After a ribbon-cutting ceremony with Glendale Mayor Jerry Weiers and the city’s councilmembers, the barbecue was open for business.

The festivities for the new location kicked off around 11 a.m. when the restaurant first opened its doors.

A local dance troupe came out for a few hours to perform Hawaiian dances. The dancers helped welcome hungry customers into the building and brought an energetic atmosphere to the business.

The location offered buy-one, get-one-free meals all day and handed out leis, hats, tote bags and T-shirts while supplies lasted.

“It’s been fun and really festive and everyone is still coming in and lining up, so it has been great,” Chen said.

Sam Phan, district manager for the Hawaiian restaurant, stood outside, welcoming customers with a friendly smile.

He checked in on customers as they ate and made sure everyone had what they needed and was comfortable.

According to Chen, when choosing to eat at Ono, customers can expect great customer service and fresh food.

The new Glendale location got its start because the area provided a great opportunity for the business to attract customers.

“Bell is a great street because you see all the restaurants here. … I feel like it’s the perfect location and perfect opportunity,” Chen said.

Ono has 101 locations total, but they are always growing.

“We are definitely always continuing to expand out here. There has definitely been good demand … and good fandom. Today the line was wrapped around the building,” she said.

Customers can look out for Aug. 8, which is Spam Musubi Day at Ono. To celebrate the day, the restaurant will be offering 50% off all spam musubi, as it will be 8/08, which is the area code in Hawaii.

The location is looking forward to serving its customers.

“We do take pride in serving aloha in every bite,” Chen said.