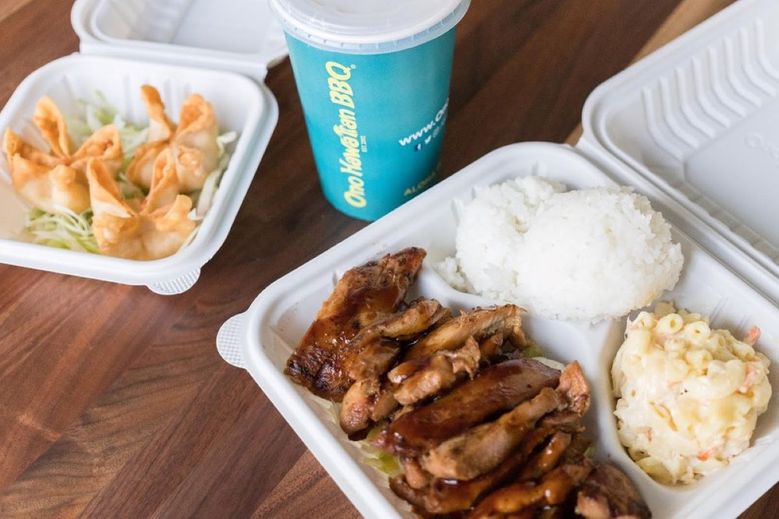 Village at Prasada is one of the most highly-anticipated retail and dining destinations in the West Valley. The shopping center begins its debut this fall and over the next several months, we will soon be seeing openings from favorite Valley eateries such as Cold Beers & Cheeseburgers, Lou Malnati’s Pizzeria, Barrio Queen, and O.H.S.O. Brewery.

What’s more is the fact that those restaurants are only a fraction of what to expect in terms of dining options. There will also be a myriad of fast-casual spots to choose from, including the second Surprise location for Ono Hawaiian BBQ.

Ono’s made-to-order plates are great fulfilling options, whether you’re there for lunch or dinner. Their Kalbi Short Ribs and Chicken Katsu, served complete with scoops of rice and macaroni salad, are sure to keep Village at Prasada shoppers satisfied for those all-day shopping ventures.

It seems that Ono Hawaiian BBQ has been on a mission to expand their footprint throughout the Valley. Other confirmed new locations are coming to Mesa, Goodyear and Phoenix. What Now Phoenix has reached out to representatives for Ono Hawaiian BBQ regarding the new restaurant in Surprise. We will update if we get more information.