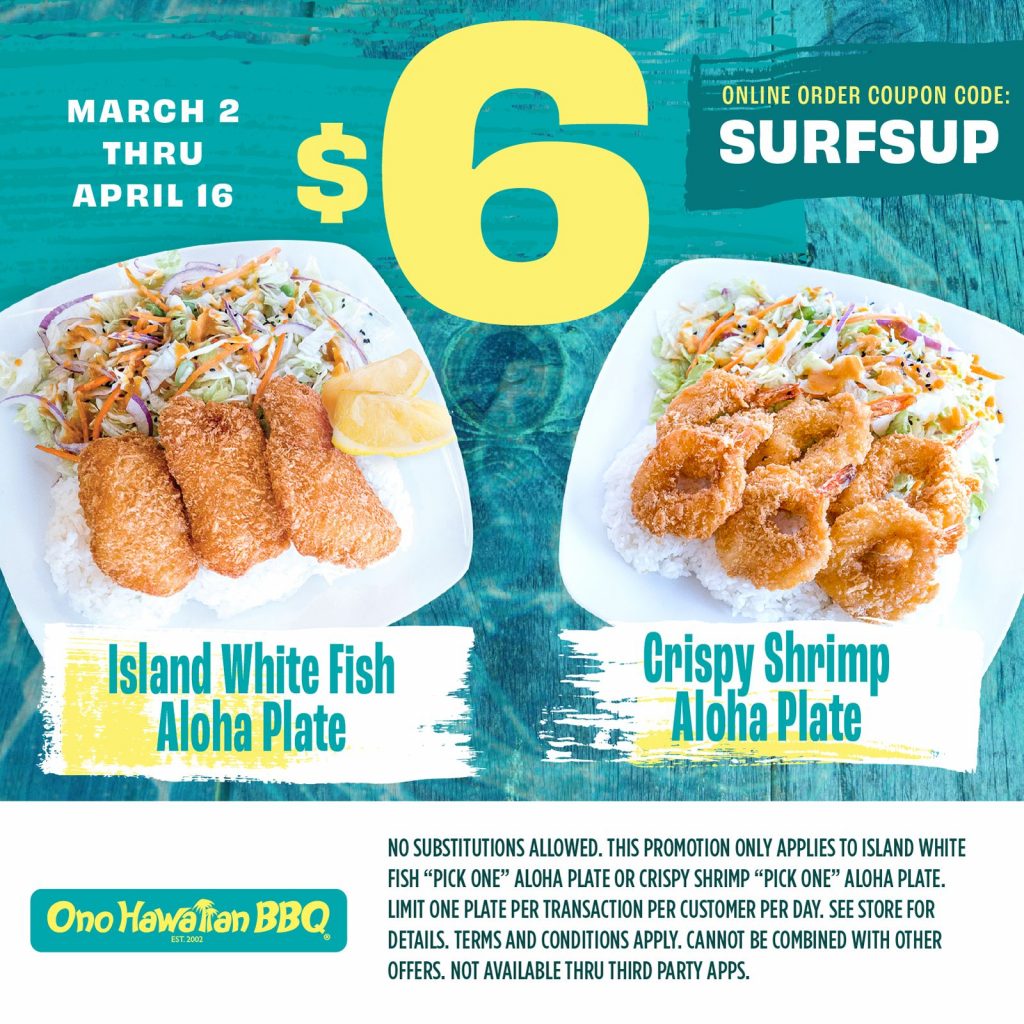 Calling all seafood lovers! Ono Hawaiian BBQ is bringing back their beloved $6 Surf’s Up Special featuring the Island White Fish Aloha Plate and the Crispy Shrimp Aloha Plate. From March 2nd to April 16th, Ono Hawaiian BBQ is serving up some of their most popular dishes for only $6 in-stores or online when customers use the code SURFSUP. Customers have the choice of selecting Island White Fish or Crispy Shrimp both lightly marinated and breaded with Japanese panko bread crumbs over a bed of steamed rice with Fresh Mixed Salad.

No substitutions are allowed. This promotion only applies to Island White Fish “Pick One” Aloha Plate or Crispy Shrimp “Pick One” Aloha Plate. Limit one plate per transaction per customer per day. Cannot be combined with other offers. Not available thru third-party apps. Terms and Conditions apply.

All Ono Hawaiian BBQ locations while supplies last.Cannot be combined with other offers.

Founded in 2002, Ono Hawaiian BBQ is a family-owned fast casual restaurant known for its authentic Hawaiian Plate Lunches and other island specialties. Ono Hawaiian uses the freshest ingredients, prepared from scratch daily in each restaurant and grilled fresh to order. With locations in California and Arizona, Ono Hawaiian BBQ aims to combine the culture and “Aloha” spirit of Hawaii into their restaurants to bring a taste of the islands with exceptional service in an inviting atmosphere. Follow Ono Hawaiian BBQ on Facebook, Twitter and Instagram. For more information, visit: https://www.onohawaiianbbq.com.