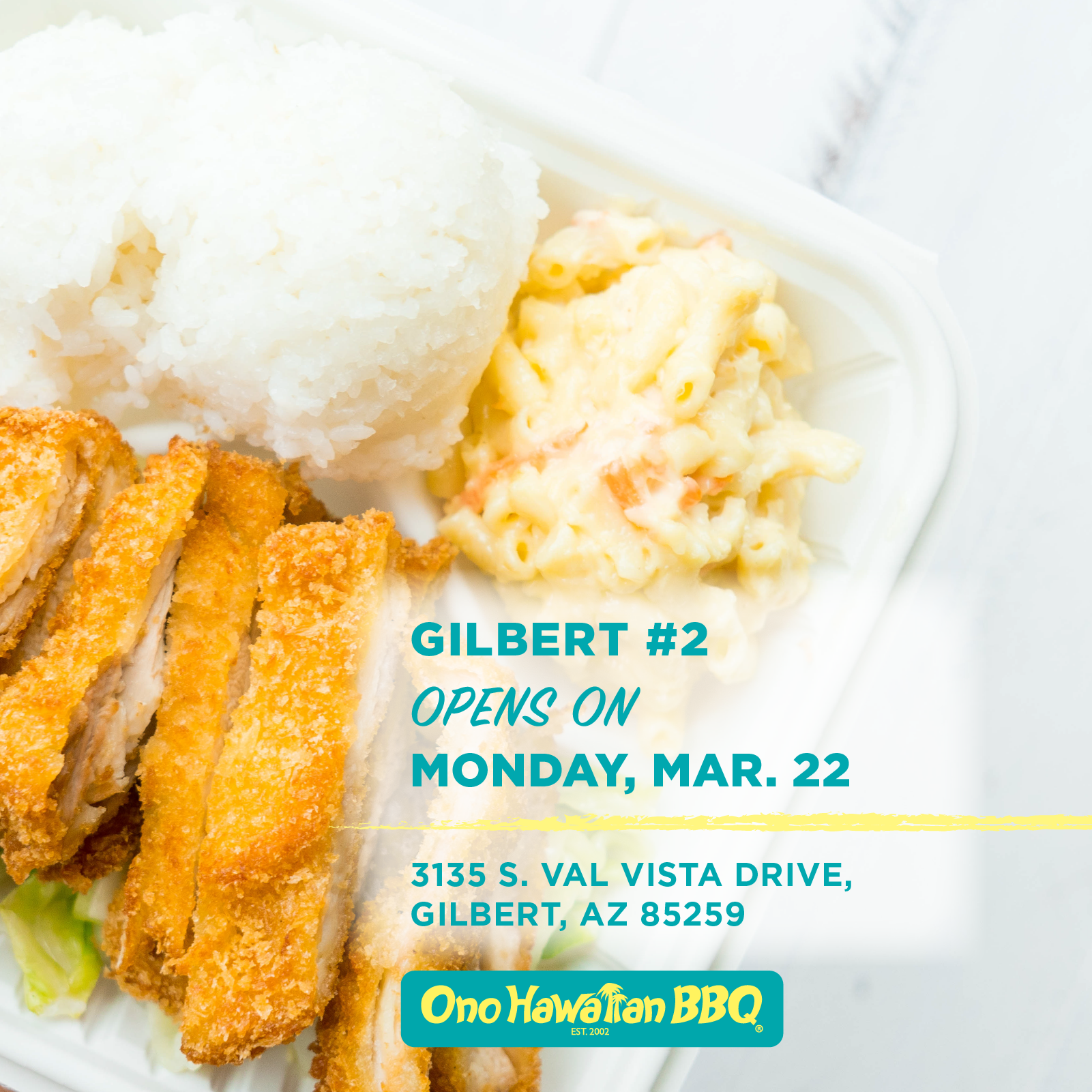 On Monday, March 22, 2021, Ono Hawaiian BBQ adds another location to Maricopa County, announcing the newest ground-up build in Gilbert, Arizona. The restaurant will open for take-out and drive thru service only.

The freshly built, free-standing, drive thru location will be the ninth Ono Hawaiian BBQ in Arizona. On a mission to spread to Aloha spirit across the country, the Hawaiian BBQ restaurant is well on its way to surpassing the brand’s milestone of 100 locations. The Gilbert opening will be Ono’s 98th location overall, with 11 new locations set to open across California and Arizona this year.

Additionally, Ono will be celebrating by hosting $50 gift card giveaways on their social media platforms and providing special coupons/vouchers for customers that come on opening day.

Taking into account the well-being of both customers and employees, there will be strict safety measures in play with protective guards at registers, deep cleaning, six feet of social distancing, and protective gear worn by team members at all times.

Founded in 2002, Ono Hawaiian BBQ is a family-owned fast casual restaurant known for its authentic Hawaiian Plate Lunches and other island specialties. Ono Hawaiian uses the freshest ingredients, prepared from scratch daily in each restaurant and grilled fresh to order. With locations in California and Arizona, Ono Hawaiian BBQ aims to combine the culture and “Aloha” spirit of Hawaii into their restaurants to bring a taste of the islands with exceptional service in an inviting atmosphere. Follow Ono Hawaiian BBQ on Facebook, Twitter and Instagram. For more information, visit: https://www.onohawaiianbbq.com