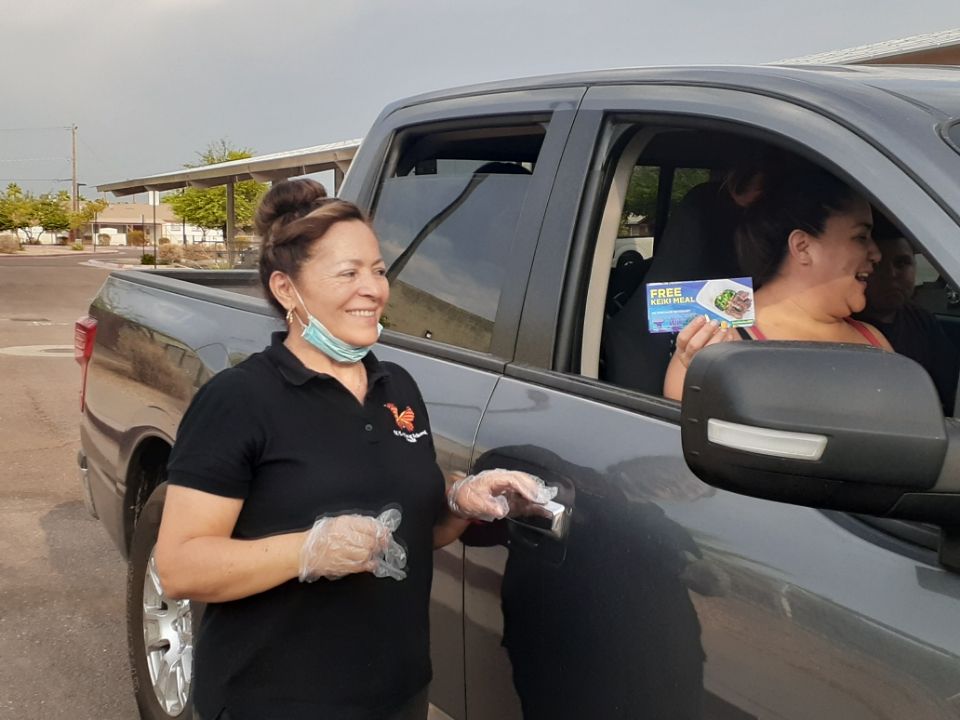 Diamond Bar, CA  (RestaurantNews.com)  In the face of adversity, Ono Hawaiian BBQ has committed to giving back to local communities throughout California and Arizona. Ono Hawaiian BBQ has been spreading the aloha spirit by donating over 25,000 Keiki Meal vouchers to local children in need. These meals have been distributed in Los Angeles, Phoenix, Riverside, Foster City and Modesto.

“We are working hard to ensure that no child goes hungry while millions are unemployed due to the pandemic,” said Christine Jan, Director of Marketing for Ono Hawaiian BBQ. “We are steadfast in our journey to support parents and children in any way possible. We look forward to expanding these donations into more struggling communities.”

Amidst these difficult times, many children rely on school meals for food every single day. Ono has donated 25,000 keiki meal vouchers to various major school districts to help bridge this gap. In addition, Ono Hawaiian BBQ has partnered with Childhelp’s Round Up For Change campaign. This promotes consumers to “round up” to the nearest dollar to donate to Childhelp organization, which is dedicated to the prevention and treatment of child abuse. Ono Hawaiian BBQ has vowed to match any donation made to the non-profit up to $30,000.

More donations throughout California and Arizona are currently in the works. For any donations or suggestions, please contact info@onohawaiianbbq.com.

Founded in 2002, Ono Hawaiian BBQ is a family-owned fast casual restaurant known for its authentic Hawaiian Plate Lunches and other island specialties. Ono Hawaiian uses the freshest ingredients, prepared from scratch daily in each restaurant and grilled fresh to order. With locations in California and Arizona, Ono Hawaiian BBQ aims to combine the culture and “Aloha” spirit of Hawaii into their restaurants to bring a taste of the islands with exceptional service in an inviting atmosphere. Follow Ono Hawaiian BBQ on Facebook, Twitter and Instagram. For more information, visit: https://www.onohawaiianbbq.com.