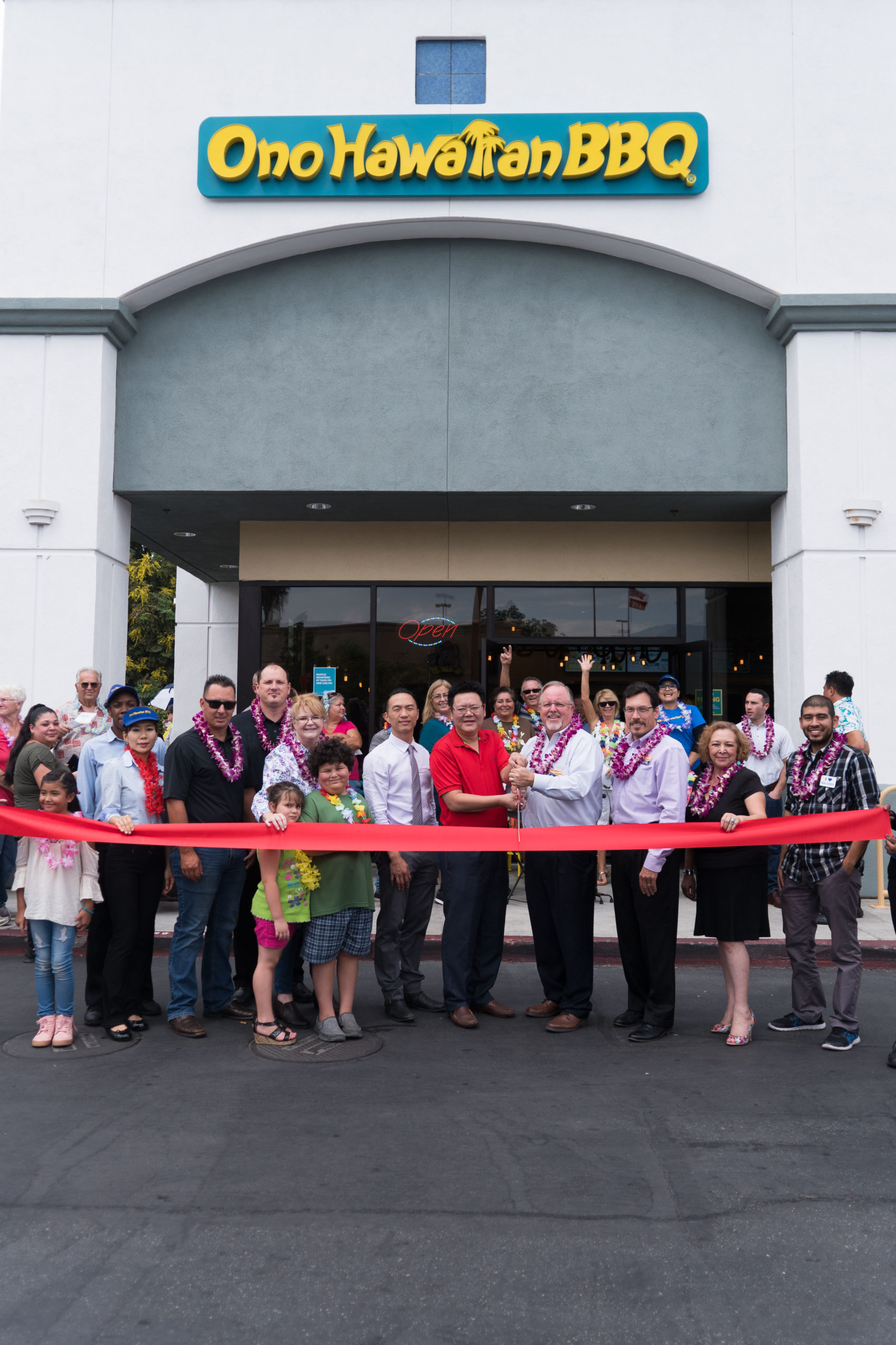 DIAMOND BAR, Calif. (September 8th, 2017) – Ono Hawaiian BBQ, known for its island-inspired Hawaiian plates, continues its Southern California expansion with a new restaurant location in the city of Hemet. The 65th location will be celebrated with a grand opening luau for the Riverside County residents on opening day, which is Friday, September 8.

Festivities at the luau will kick off with a ribbon cutting ceremony at 10:45 a.m., and followed by a raffle from 11:00 a.m. to 1:00 p.m. in which fifty $100 gift cards will be given away on the spot. In addition, there will be a Hawaiian dance performance from 12:00 p.m. to 2:00 p.m. as part of the celebration. The grand opening of Ono Hawaiian BBQ in Hemet will also be commemorated with a buy one, get one free offer for all food items during business hours.

“We are looking forward to introducing the Hemet community to the Ono Hawaiian BBQ concept, and watching them fall in love with our food,” said Joshua Liang, Chief Executive Officer of Ono Hawaiian BBQ. “We’re expecting the grand opening to kick off what will be a successful location – one that the locals of Hemet will come to enjoy and cherish in their neighborhood.”